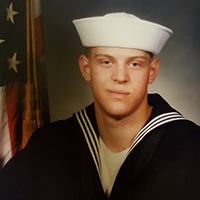 “Michael always works in the salon on Veterans Day,” says Great Clips general manager Tina McLain. “He sees it as a way to support his fellow veterans.”

Michael Grano had a plan when he got out of the Navy in 2003. He was going to use his military benefits to go to college, while working as a butcher. To that end, he took a job behind the meat counter at a local grocery.

That plan didn’t go quite as expected. When asked how he liked being a butcher, Grano replies without hesitation, “I hated it! It was disgusting. It was not for me. And I kept cutting myself. Those knives are really sharp!”

What to do? Grano clearly had an attraction to professions that use sharp tools because his next career choice was to become a hair stylist.

Fortunately, he had an uncle who owned a full-service salon. He would become a stylist under his uncle’s tutelage.

Unfortunately, his uncle sold the salon before Grano could get started.

Fortunately, he had a friend who was managing a Great Clips salon in South Euclid, Ohio.

Unfortunately, she didn’t think it was a good idea for him to become a stylist. 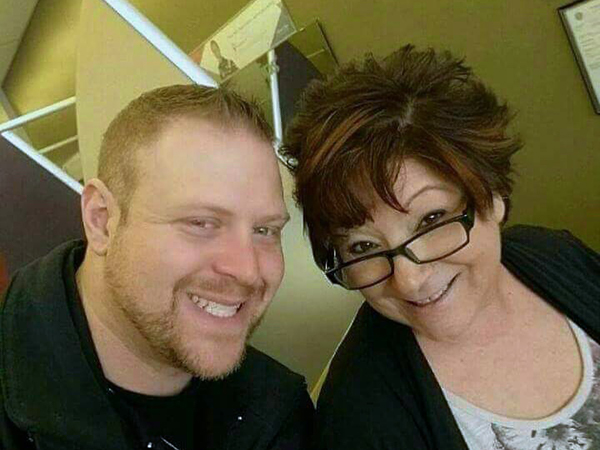 Grano graduated from cosmetology school in 2006, got his license, and, despite his friend’s misgivings, she hired him. “I started working there and the rest is history! My calling is cutting hair.”

As it turns out, beauty school was a better experience for Grano than the few years he spent in college where he earned an Associate’s degree.  “College was kind of a culture shock. I had done four years on my own in the military, traveling around the world. I felt out of place. I liked beauty school because the students had more diverse experiences.”

Even with a cosmetology license, Grano credits Great Clips with teaching him to cut hair. “In beauty school, they don’t focus on cutting. They teach color and styling—what you might do in a full-service salon. Great Clips taught me cutting and specific cutting techniques. That’s helped me become a much better stylist.”

Grano has worked at Great Clips in various capacities (including manager and assistant manager) for Cleveland franchisee Clara Osterhage. He currently floats among her salons, working part-time for general managers Tina McLain and Ashley Herman.

“Michael has always done outstanding work and has always been willing to do whatever he can to help out,” says McLain, who nominated Michael to be featured as part of Great Clips’ Veterans Day campaign. She noted that he makes it a point to work in the salon every Veterans Day because it’s an opportunity to support his fellow veterans.

“I like talking to veterans all day long,” Grano says. “Everybody has a story to tell you, whether they served during World War II, Korea, or Vietnam. A lot of people don’t listen to them. I feel like I’m giving them a small gesture of recognition.” 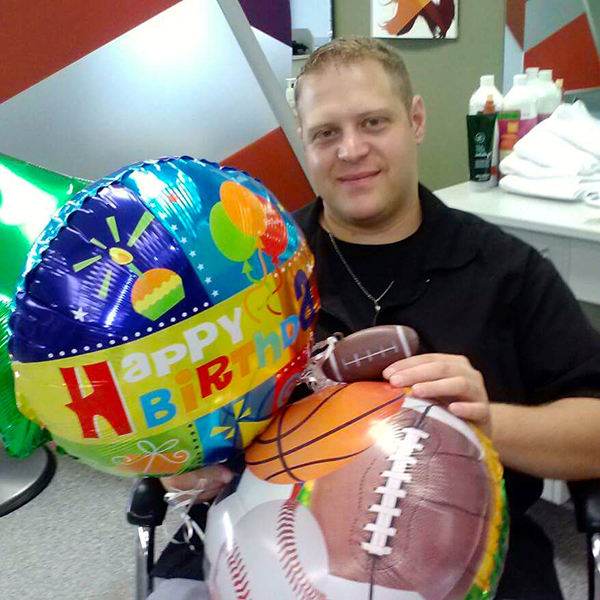 Michael comes from a Navy family. His father was a cook on the USS Joseph P. Kennedy Jr., and his older brother, Thomas, joined the Navy a few years before Michael enlisted.

“When I was a little kid, I listened to my father’s Navy stories about the ports he visited. I knew I was going to join, and when my brother joined, I got a real thrill. It’s like the ads say, ‘Join the Navy and see the world.’”

Grano signed up when he was 17, fresh out of high school, and went to boot camp in Chicago. Afterwards, he attended sonar school in San Diego, and then he was assigned to the destroyer USS Hopper, stationed in Pearl Harbor, with frequent deployments to the Middle East and Southeast Asia.

Besides his father and brother, both of Grano’s grandfathers were in the military, one during WWII and the other during the Korean conflict. He’s proud to have followed the family’s tradition of military service.

“I know it sounds like a cliché, but I wanted to be the best American I could be, having the courage to stand up for something. You can’t leave it to someone else.”

And, he says there are parallels with the Great Clips culture. “In the Navy, we had to pay close attention to detail. At Great Clips, it’s similar in that they teach a detailed cutting system and very specific steps to deliver great customer service.

“I like working in an industry and for a company that provides structure, that teaches you to do things a certain way—it’s just like the Navy. Except for the drill instructors, of course!”