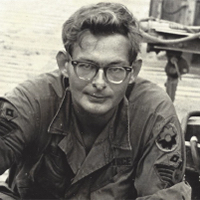 Ann Hawk, general manager for Great Clips salons in the Albuquerque, Santa Fe, and El Paso markets, describes her step-father as “a proud American who is still giving back to the youth of our nation.”

In 1959, Jerry Painter didn’t think much about the weather when he decided, at age 20, to join the U.S. Air Force. Like a lot of young men at the time, he decided to enlist so that he could choose the military branch he preferred, rather than let the draft decide for him. Once accepted, the Air Force put him through a series of tests to help indicate which assignment would best suit him.

“I’ve been told that, for ordnance or explosives, they like people who won’t deviate from instructions, who won’t take shortcuts,” explains Painter. “You don’t want that in explosives, where a shortcut could blow people up.”

“I guess they figured out from the tests that it was best to keep me far away from anything that could blow people up,” says Painter with a chuckle. “Weather people are constantly looking for shortcuts. We are kind of routine-oriented, but we like to make our own routine, and sometimes change standard operating procedures.”

Weather, it turned out, was a good fit for Painter. He started as a weather observer, “looking out the window to record what the weather actually was.” That position carried him through “stripe 1, stripe 2, and stripe 3” of the sergeant’s rank, and then additional training prepared him for his stint as a chief observer for a four-person weather team in Vietnam attached to the Army. Eventually, he qualified as a weather forecaster, and, after another two-year deployment to the Philippines, Painter finished his active-duty service in 1981.

“I was basically in the military for the whole Cold War, starting with the Cuban crisis, the Berlin crisis, everything in the 60s, 70s, and into the 80s. I got to see and experience a lot.”

Even after leaving the military, Painter remained affiliated with government service. He spent 13 years working for the Department of Defense, and then went to Alaska as a meteorologist for the National Weather Service. He served in Desert Storm, filling in from the U.S. for Special Forces weather experts so they could be deployed.

“At the sunset of my career, I was doing many of the forecasts for any flights the president was taking, and the same for top officials in the State Department. I always felt that my work wasn’t always visible, but was very important to the country.” He also worked on forecasts in planning flights for the Space Shuttle Program. Now retired in Pahrump, Nevada, Painter is a life member of Veterans of Foreign Wars and Disabled American Veterans.

Ann Hawk, general manager for salon owners David Aragon and Bill Tobin in the Albuquerque, Santa Fe, and El Paso markets, describes her step-father as “a proud American who is still giving back to the youth of our nation.” As squadron commander of a recently formed wing of Nevada’s Civil Air Patrol, “Jerry’s goal is to help and train the next generation of leaders,” says Hawk. “He’s a lifelong learner who has a real passion for weather, geography, military service, and giving back to his community.”

Since 2013, Painter has been active with Civil Air Patrol (CAP), an extension of the U.S. Air Force, largely responsible for domestic search and rescue missions. He has received multiple awards. Painter works regularly with the junior cadets, ages 12 to 18, teaching leadership skills, as well as flight-related subjects and history. Some of the cadets will eventually join the military.

“If someone is interested in the military, I would tell them—if time isn’t of the essence—to join an organization like CAP, the Boy Scouts, or ROTC,” says Painter. “You’ll get pay-grade advancements upon completion of basic training when you do enlist. That’s money in the pocket.”

Painter’s career and education led him to being an adjunct college professor, so it’s no surprise that he is a big supporter of the educational benefits offered to veterans and those in active service. “If someone is looking ahead plenty early, they should apply for one of the military academies. It’s always better to go in with a college degree,” he says. “I benefitted at the other end of the stick. I ended up getting a B.A. and a Master’s degree after I retired. I had enough training that I entered college as a senior! Any kind of college or training gives you a leg up.” 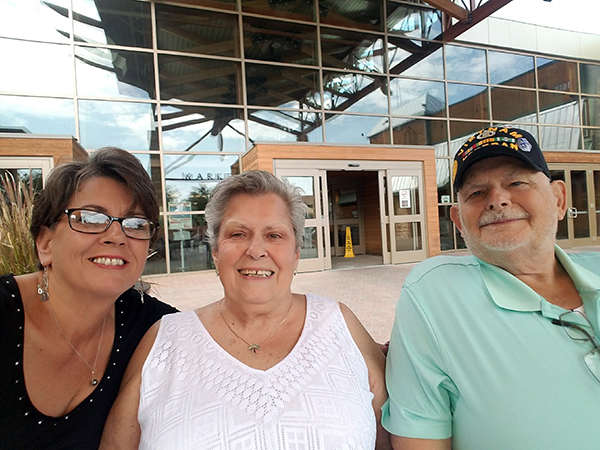 Painter is proud of what he gave the military in service to his country, and what the military gave back to him.

“The training of weather people is the second longest tech school in the military. From Day 1 after basic training, I was a weather guy. The military ended up giving me a life-long career in weather, while serving my nation. I’m thankful for that.”