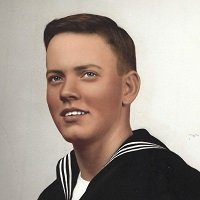 Great Clips franchisee Jim Petrowich is grateful for what Vietnam veteran Herschel Luckinbill does for their community. “He helps the young people understand what happened, and the sacrifice so many made.”

“That day changed my life. We took three direct hits. Two were killed. One was my bunkmate. He was right behind me when he took the shell,” Luckinbill recalls. 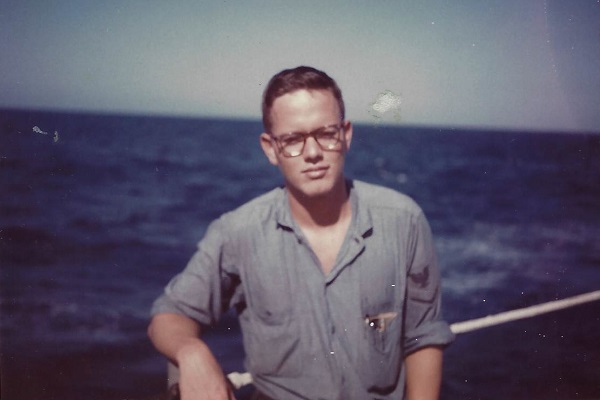 “I said then that I’m going to live to make the world a better place. When I got out of the military a year later, I went to the Veterans of Foreign Wars post and joined. I just kept wanting to give back to veterans.”

Luckinbill joined the Navy because he thought a ship would be the safest location during the war. When his family gave him grief for not re-enlisting—his father was in the Army for 24 years, a brother in the Air Force for 26—he would remind them, “Of the three of us, I’m the only one who got shot at.”

Today, not much slows Luckinbill down—not a five-way heart bypass in 2001, not an episode of sudden cardiac arrest in 2015, nor various ailments including diabetes and PTSD. Through it all has been his wife of 50 years, Eva.

The list of Luckinbill’s activities and awards for helping veterans is long, ranging from official positions with veterans’ organizations to taking an elderly woman to visit her husband, a WWII veteran, in a nursing home every Sunday for a year. He and fellow veterans raised money this year to erect a monument at the grave of a local WWII Medal of Honor recipient. 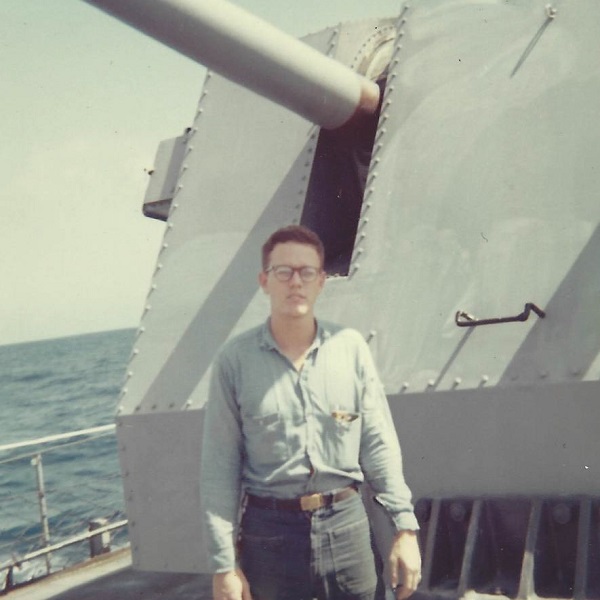 But his biggest thrill has been arranging two visits of the Vietnam Moving Wall to locations near his home in Montgomery, Illinois. Each year, 23 cities are chosen to host the half-size replica of the Washington D.C. memorial inscribed with the names of soldiers killed in Vietnam.

Luckinbill was thinking of his two fallen comrades, Thomas Tiglas and Anthony Perry, one day in 2013 when he launched his successful effort to get the Moving Wall to Aurora, Illinois.

“That thrilled me. I found a location to have the wall and formed a committee to raise the funds. More than 200,000 people came to see the wall. When I had that wall there in Aurora, it was like spending five days with my two shipmates who lost their lives,” says Luckinbill.

Four years later, he did it again, arranging to bring the Wall to nearby Oswego. Local organizations are responsible for making arrangements and paying for the visit. One of those local organizations supporting Luckinbill in this effort was the Great Clips salon in Oswego, where Luckinbill is a regular customer.

“We had 3,400 square feet of red brick as a walkway,” Luckinbill said. “That was made possible by people like the stylists and managers at Great Clips and their customers. This wouldn’t have been possible without their involvement and support.” Great Clips general manager Dana Lavigne said having the Moving Wall come to her community was an emotional experience. “As a younger person, it made me appreciate my freedom so much. Herschel wants to make sure people know about the sacrifices people made, and because of his dedication, they won’t be forgotten.”

Luckinbill is not only a regular customer at the Great Clips salon in Oswego—he also often arrives with another veteran in tow. In some cases, he pays for their haircut as well as his own—not necessarily because they can’t pay, but as a way of honoring their service. He, himself, received that honor the first time he was in the salon, when another customer noticed he was wearing a Navy coat and anonymously paid for his haircut.

Luckinbill is well known at several Great Clips salons. Lavigne says he shows up when he needs a haircut, and sometimes, just to chat. “The stylists all love Herschel and we love hearing his stories,” says Lavigne. 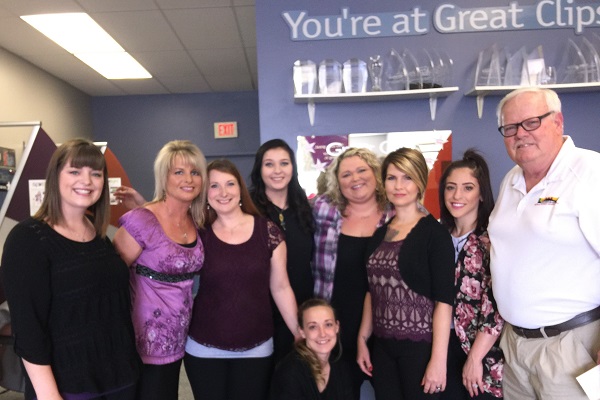 Luckinbill is an active promoter of the Great Clips Thank a Veteran program, passing out free haircut gift cards to every veteran he knows. His actions have undoubtedly helped bring new customers to his favorite salon in Oswego. “That Great Clips location is the number one salon in the state!” Luckinbill says, with as much pride as if he owned the salon.

Great Clips franchisee Jim Petrowich is grateful that Luckinbill is such a dedicated customer, but he’s mostly grateful for what he does for the community. “Herschel helps the young people understand what happened, and the sacrifice so many made. What he’s done in service to our country and this community is immeasurable.”