Before becoming a Great Clips franchisee in Calgary, Alberta, Dennis McFadden served in the British Army. “Military service taught me the value of friendship and camaraderie. You’re not just fighting for Queen and country. You’re fighting for the guy next to you.”

Dennis McFadden served 25 years in the British Army, in the Corps of Royal Electrical and Mechanical Engineers, working on helicopters. He completed his career having reached his goal as a Warrant Officer. As soon as he got out, he decided he wanted to return to the scene of his last deployment, Canada. 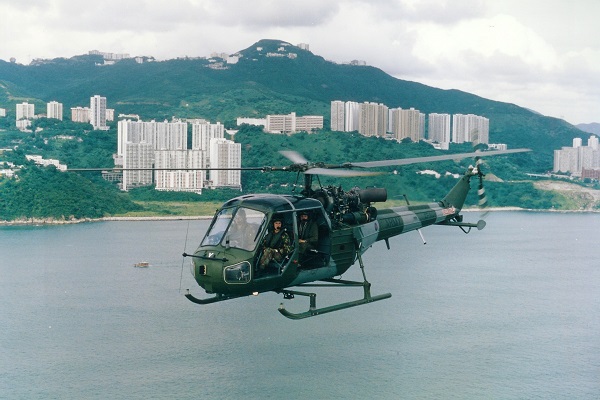 “I enjoyed it here so much, I wanted to emigrate,” McFadden says, noting a benefit of Canada that might not be the first to come to the minds of native Canadians—the weather. “I love the sunshine. I decided I was going to come over and make a go of it.”

And so, he did. Since moving from England in 2003, McFadden has become a Great Clips franchisee. He and his wife Sherri just opened their first salon in Sage Hill Common, Calgary, in the province of Alberta, with plans to open two more.

After living in Canada for a couple of years, the McFaddens decided they’d like to experience Veterans Day—called Remembrance Day in United Kingdom countries—in the United States, specifically at Arlington Cemetery, which McFadden calls “the most renowned cemetery in America.”

To attend the special services at Arlington, McFadden donned the traditional British Army military mufti: a dark jacket, regimental tie, and distinctive headgear adorned with a badge specific to his REME branch. It’s gear worn only on Remembrance Day and it allows British Army veterans to spot and identify one another in an instant. “The second I stepped out of the hotel in Washington, DC, someone whistled,” McFadden recalls. 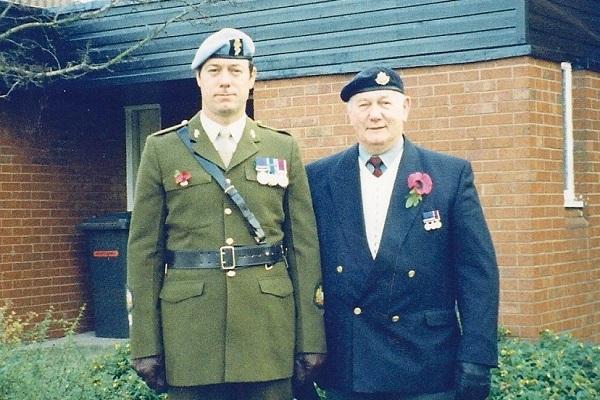 McFadden and his wife arrived at Arlington Cemetery with few expectations. To their surprise, they found themselves just several yards from President Barack Obama, listening to him deliver his Veterans Day address. Vice President Joe Biden was also there, as were a couple of generals; a winner of the U.S. Medal of Honor; and, the oldest known female WWII vet, Army Lt. Colonel Luta C. McGrath, who was about to turn 108. The year was the 70th anniversary of the victory of the Allied troops in WWII. The president, said McFadden, “gave a lovely speech.”

McFadden comes from a military family. His father and brother were in the British service, both as musicians. McFadden—who played saxophone—preferred to learn a trade. He knew from the time he was 13 that he would enlist, and planned his high school education accordingly, focusing on engineering. And then, as he came out of the Army recruiting office, “a helicopter came round and landed. I was totally transfixed.” He turned right back into the office and announced he wanted to specialize in helicopter maintenance.

While he was never in battle, McFadden said his military service had a profound effect on him. “You realize it’s not a movie. It affects a lot of people around you, and some of them never come back.

“Military service taught me the value of friendship and camaraderie. You’re not just fighting for Queen and country. You’re fighting for the guy next to you,” says McFadden.

“There are 15 guys in your section—14 and you—and you’re the big boss. The whole thing is about getting the mission done. Just do it. It’s carried forward into my work life. If I think it’s do-able, I’m going to do it. That’s the biggest lesson I’ve carried with me.”